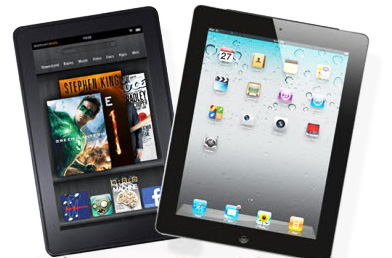 The most viable rival to Apple’s iPad isn’t produced by a traditional hardware firm. Samsung, Motorola, Toshiba, HP, RIM and HTC have hardly made a dent in Apple’s dominance. Remarkably, the leading challenger is online retailer Amazon, with its Kindle Fire tablet.
The innovation game is changing. Delivering great products is no longer sufficient for success. And as the Fire’s limited memory, ho-hum processor, and and lack of camera demonstrate, great products may not even be necessary. Rather, what matters is delivering great solutions.
This shift from products to solutions matters to everyone. In industries ranging from consumer electronics to construction and from media to mining, the firms seizing the lead are those that can best align ecosystems of offers and partners.
In the past, product-focused success depended on exploiting capabilities — in branding, manufacturing, distribution, etc. — to deliver the best product. In contrast, today’s champions focus on carrying over relationships — with both consumers and partners — to deliver the best experience.
For example, when Apple expanded from music players to phones, it carried over to the iPhone not just the technology and software that powered the iPod but also users’ entire music collections and its music store’s entire supplier base. This was not about creating switching costs (iPod users could continue to listen to their iPod while using Nokia phones). Rather, it was about leveraging existing relationships to create enhanced offers (by porting over your iTunes collection, Apple made the iPhone more valuable to you). By carrying over elements from the iPod ecosystem, Apple gave the iPhone a running start.
In the rush to match the pieces, most of Apple’s rivals have missed the critical connections that draw the entire ecosystem together into a coherent whole.
The big exception is Amazon, With the Kindle Fire, which was introduced last year, it is pressing forward with a full-fledged ecosystem strategy. It is pairing substantial carryover (the entire range of its ebook activities coupled with current users’ ebook libraries) with substantial investment. Amazon is sacrificing hardware margins to position the Fire as a low-priced tablet and is subsidizing the participation of book publishers and movie studios in order to allow its core Amazon Prime customers to access books and videos with the device.
It pursued this very same course with great success when it launched the original Kindle in 2007. The big difference is that the eReader market of 2007 was an open field; the tablet market of 2011 had a dominant giant. Jump-starting a competitive value proposition this time around required a significantly larger ecosystem footprint and, as Amazon’s investors know all to well, a significantly larger investment.
Amazon is differentiating itself from Apple in terms of both its footprint and its profit model. Apple captures the bulk of its profits the moment an iPad is sold, while its partners capture value over time as users consume services. In contrast, Amazon’s profits accrue over the lifetime of the customer with every on-platform purchase In this regard, Amazon’s incentives seem more aligned with those of its media partners (“we win together over time”) than Apple’s with its partners (“I win first; you later…maybe”).
Aligning, enticing, and — occasionally — subsidizing partners are the new ante in the ecosystem game. Amazon and Apple will go down as case studies in alternative strategies for succeeding in ecosystems. Their product-focused rivals will illustrate what it means to be “stuck in the middle.”
Originally published in HBR Blog Network; March 19, 2012.
Ron Adner is an award winning strategy professor at the Tuck School of  Business at Dartmouth College. His new book on ecosystem strategy is The Wide Lens: A New Strategy for Innovation  (Portfolio/Penguin).