Join the CDS for a fireside chat with former Harlem Globetrotters CEO and WWE SVP of Marketing, Kurt Schneider D’87. Kurt now consults to live entertainment companies on the many ways they need to engage customers across digital platforms to maintain and grow their businesses. 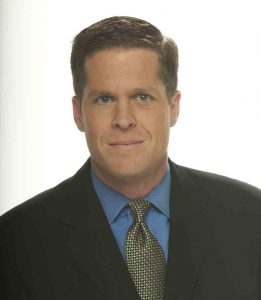 Kurt Schneider is a CEO and business leader that consistently creates shareholder value by unlocking the potential of world class brands.  He has repeatedly driven growth and profit for companies such as The Harlem Globetrotters, World Wrestling Entertainment, and Fox Sports by clearly articulating the unique value of the brands and then executing crisp business plans to exploit and capitalize on it.  Schneider builds, motivates, and galvanizes teams towards a common goal and then drives through to success.

As Chief Executive Officer of The Harlem Globetrotters since 2007, Schneider completely revitalized the beloved brand and turned around the business.  His efforts produced all-time records in revenue and profit and culminated in the successful sale of the company for its private equity owner, Shamrock Capital Advisors. He re-introduced the brand to a new generation of fans while evolving the Globetrotters into a multi-platform global entertainment company.  He built a world-class team, created new consumer “touch points,” grew the international business, and generated unprecedented public excitement for the team.  The result was five consecutive years of record financial performance with 2015 being the best in the brand’s ninety year history.  Schneider managed the sale and subsequent integration of the Globetrotters  into Herschend Enterprises, a leading family entertainment company.

Prior to the Globetrotters, Schneider served as Executive Vice President for World Wrestling Entertainment, Inc. (WWE) where he led the company’s live event, pay-per-view, and international businesses and was responsible for over 75% of the company’s total revenue.  In addition, he ran all marketing and PR efforts worldwide.  He reported directly to company chairman, Vince McMahon, and was a key member of WWE’s executive committee. Schneider broke down silos and unified disparate divisions under a common corporate strategy that produced record financial results. He delivered over $50MM in new international revenue in the first year of his plan, reversed a live event attendance decline, fueled record pay-per-view buys, and negotiated new carriage deals that led to over $500MM in top line sales.

Schneider served as the President & Chief Executive Officer of Asimba, Inc., an internet-based sports & fitness lifestyle company that boasted over 900,000 unique members at its peak. He raised $19MM in venture capital funding and transformed the company into a complete sports lifestyle destination.

Earlier in his career, Schneider held the top marketing position with FOX Sports Net, where he launched the brand and oversaw record ratings increases.   At The Walt Disney Company, he was Director of Corporate Alliances and drove win-win marketing partnerships with companies such as Coca-Cola, American Express, and Kodak. Schneider commenced his career in the advertising industry with Saatchi & Saatchi and Chiat Day.

Schneider has been profiled extensively in the media and has been interviewed frequently in the business news. He was No. 8 on the CableFax 100 list, profiling “Cable’s 100 Heavy Hitters,” and won the Promax & BDA, Broadcasting & Cable, Multichannel News Brand Builder award. He has been a keynote speaker at multiple industry conferences and has also been a member of the Chief Executive Magazine CEO and Harvard Business Review CMO Roundtables.

Schneider is active in community and cultural endeavors, as well as youth athletics. For ten years, he was a member of the Apollo Theater Foundation Board of Directors and was Chairman of the Marketing and Ventures Committees. He is a board member of the Young Presidents’ Organization (YPO) where he has served as the Chapter Chairman, Education Chairman, and Membership Chairman.   He currently volunteers in the Bridgeport, CT public school system and has also served as coach of 13 youth football teams.  Schneider is an avid world traveler, and is very proud that he recently climbed Mt. Kilimanjaro.  He is a graduate of Dartmouth College where he earned his undergraduate degree in English Literature.