The Center for Digital Strategies, in partnership with Tuck Assistant Dean for Diversity, Equity, and Inclusion, Dia Draper, the co-chairs of the Black Students Association at Tuck (BSAT), and Dartmouth’s Women in Science Project, are pleased to welcome filmmaker Shalini Kantayya to campus for a virtual fireside chat about her most recent documentary, Coded Bias.

How to Watch the Film

Tuck students, alumni, admitted students, faculty, and staff may watch the film beginning Thursday, February 25, at 10am ET. Upon registration, you will receive instructions on how to view the film.

How to Join the Fireside Chat with Director/Producer Shalini Kantayya

Tuck will be hosting a virtual Fireside Chat with Shalini on Monday, March 1, 2021, from 6:30pm – 7:30pm ET via Zoom. It is our hope that those who join us for the Fireside Chat have taken the time to view the film prior to the live session.

Coded Bias explores the fallout of MIT Media Lab researcher Joy Buolamwi’s startling discovery that facial recognition does not see dark-skinned faces accurately, and her journey to push for the first-ever legislation in the U.S. to govern against bias in the algorithms that impact us all.

The film weaves a history of the small homogenous group of men who defined artificial intelligence and forged the culture of Silicon Valley–a culture rapidly reshaping the world. As humans increasingly outsource decision-making to machines, algorithms already decide who gets hire, who gets health care, and who gets undue police scrutiny. Automated decision making has the unprecedented power to disseminate bias at scale. Coded Bias tells the uncharted story of rebels and misfits, women mathematicians and data scientists leading the fight for ethical use of the technologies of the future. 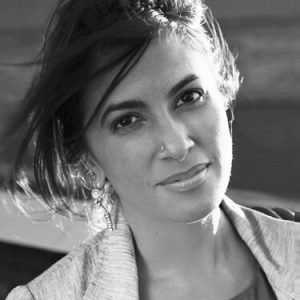 Kantayya is a TED Fellow, a William J. Fulbright Scholar, and a finalist for the ABC Disney DGA Directing Program. She is an Associate of the UC Berkeley Graduate School of Journalism.

Registration for this event is now closed.