Global Regulation of Data in a Post-Snowden World 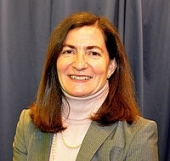 Hyperconnectivity has created an environment where troves of data moves around the world and back again at the speed of light. While this rapid and easy movement of information has advantages, it also presents challenges. Specifically, how can individuals, businesses, and governments protect that data? Complicating an already daunting task is how we protect data and personal privacy when it might be government actors and representatives that pose risks.

FTC Commissioner Julie Brill focused on how regulatory bodies, such as the FTC, can continue to operate in a transnational, hyperconnected world. Specifically, Commissioner Brill addressed questions such as what is the primary role of the FTC in protecting data, what regulatory concerns are most pressing for the FTC and who are the actors that pose the biggest risk to data security and privacy?

Julie Brill, Commissioner, Federal Trade Commission
Commissioner Brill has been named “the Commission’s most important voice on Internet privacy and data security issues” a “key player in U.S. and global regulations ”, “one of the top minds in online privacy”, one of the top four U.S. government players “leading the data privacy debate”, and a “game-changer”.

Commissioner Brill is an advocate of protecting consumers’ privacy, especially with new online and mobile technologies, and supports the creation and implementation of mechanisms to give consumers better information and control over the collection and use of their personal online information. In her speeches, publications and meetings with a wide variety of stakeholders, Commissioner Brill calls on industry and policymakers to improve privacy by developing practical solutions rooted in both consumer protection and competition principles.

Commissioner Brill focuses on the need to improve consumer protection in the financial services arena. She advocates improving regulations and enforcement involving credit reporting, debt collection and in other financial areas. She is particularly interested in combatting frauds targeting consumers caught up in the economic downturn. She strongly supports increased cooperation among the FTC, the CFPB, and the States as they implement the provisions of the 2010 Dodd-Frank Wall Street Reform and Consumer Protection Act.

Commissioner Brill also advocates for effective antitrust enforcement, especially in the health care and high-tech sectors. She wrote the Commission’s unanimous decision in ProMedica, dissolving the merger of two hospitals in Toledo, Ohio. Commissioner Brill’s ProMedica decision was recently upheld on appeal by the Sixth Circuit of the United States Circuit Court. Her decisions in high tech competition matters such as Google, Intel, and the proposed mergers of IDT/PLX. Honeywell International Inc./Intermec, Inc., and Nielsen/Arbitron demonstrate smart and effective competition enforcement in the high tech sector.