Measuring Data in a Cross-Platform World 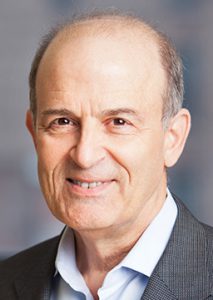 Join CDS Alumni Advisor and former CRO of comScore, David Chemerow T’75, for a discussion on the many ways data is helping media companies make better decisions. At comScore, and previously as COO and CFO of Rentrak, David helped media companies use complex data analytics to help clients better understand their customers and drive advertising revenue and profits.

NOTE: Due to space limitations this event will be first come, first served.

Among his recent senior operating roles, David was COO and CFO for Rentrak, the leading provider of media measurement data to the movie and television industries, where he was recruited by the CEO to help develop the growth strategy, bring discipline to the performance of the company and help investors understand Rentrak’s story and vision for the future. Working extensively with the management team and the Board, David was a key driver of 70+% annual revenue growth for 6 years in the TV measurement business. He also helped increase market cap from $150 million to $1.3 billion over 6 years as the primary contact with investors and helped position the company for the merger with comScore in 2016. After the merger, he became the Chief Revenue Officer of the combined companies. Shortly after, following the discovery of pre-merger financial irregularities at comScore, David was appointed CFO and led a team of internal staff and consultants to remediate the issues, restate four years of financial statements and rebuild investor confidence.

To sign up for the event, please fill out the form below:

Thank you for registering for this event. A confirmation has been sent to your email.