ProfitVille: The Business of Social Gaming 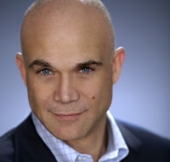 Offered in conjunction with the Media, Sports and Entertainment Symposium.

Steve Cassavant joined IGN Entertainment as Senior Director of Strategy in 2010 and took additional responsibility as VP and head of Business Development in August of that year. In this role, Steve oversees all aspects of corporate planning, internal consulting, strategic partnerships and M&A diligence. Before joining IGN, Steve worked as a management consultant with McKinsey & Company, serving media and technology clients on a range of strategy and operational transformation projects. Previously, Steve held positions of increasing responsibility with the Corporate Executive Board, including Director of New Business Development and Chief Strategist for Customer Relationship Management.  Steve holds an MBA from the Tuck School at Dartmouth, where he served as elected chair of the student/faculty academic honor committee, and a B.A. with distinction from Williams College. 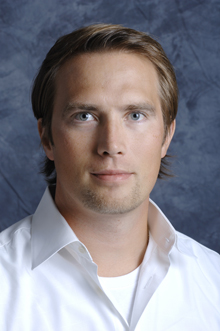 As executive vice president, Business Development and Communications, Sulake Corporation, Teemu Huuhtanen is instrumental in leading the continued development and growth of Finnish-based Sulake’s top property, Habbo, one of the world’s most popular online social networking and virtual world communities for teens. Huuhtanen is responsible for cultivating relationships with major music, television and motion picture studios, as well as retail, fashion and sports industries, to generate relevant and interactive brand partnerships. His mission is to bring real-world mainstream entertainment properties and brands that are important to Habbo’s teen user base into the virtual community. Huuhtanen also oversees global public relations efforts for Sulake Corporation. He leads the Sulake team responsible for the company’s communications and PR. As an accomplished thought leader for the digital entertainment landscape over the past five years, Huuhtanen has regularly been a speaker at the industry’s premier conferences and business forums. He frequently addresses issues such as in-game brand engagement, working with entertainment properties, social networking and online gaming monetization models, among many other topics. In 2008, The Hollywood Reporter ranked Huuhtanen on its “Digital Power 50 List” of top innovators who influence the creation and distribution of online content. In 2009, he was named one of Digital Media Wire’s “25 Executives to Watch in Digital Entertainment.” American Venture Magazine appointed Huuhtanen to their list of the “Top 40 Under 40” executives to watch in the technology industry for 2007. Huuhtanen served as a member of the 2008 Engage! Expo Advisory Board. Also, he was a panel judge at the Hollywood Netawards and Hollywood Mobile Awards during the 2008 Hollywood Film Festival. He currently serves as a member of the Digital Media Wire Advisory Board. Since Habbo’s launch in 2000, Huuhtanen has helped grow the teen virtual community to more than 15 million unique monthly users worldwide, in 31 countries on six continents. (Quantcast). Prior to joining Sulake, Huuhtanen held several senior consumer and B2B sales and business development posts for numerous digital start-up companies worldwide. Huuhtanen is based and oversees Sulake’s North American headquarters in Southern California.

About Habbo Hotel
Habbo Hotel is the world’s largest virtual community and social game for teens. Users join by creating a fully customized online character called a Habbo. From there, they can explore a wide variety of spaces and millions of rooms created by other users in the virtual community, play a variety of games, connect with friends, decorate their own rooms, and have fun through creativity and self-expression. Currently Habbo Hotel has users from over 150 countries and the service is available in 11 language versions. To date, more than 207 million characters have been created and over 13 million unique users worldwide visit Habbo Hotel each month, spending a total of 45 million hours in the service. (source: Quantcast). Sulake, the parent company of Habbo Hotel, is a social entertainment company focused on online social places and games. The company’s goal is to inspire playful interaction and self-expression in people by creating easy to use social online services.
Visit the sulake blog >
Habbo Hotel YouTube Channel 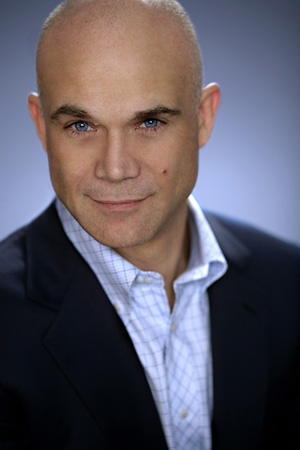 Chris is SCVNGR’s SVP and Chief Brand Alchemist. That means he’s in charge of using SCVNGR’s unique mobile gaming engine to turn brands into social engagement and awareness gold. More scientifically, that means that he deconstructs brands into their base matter, mixes them with fun mobile technology and powerful game dynamics, and produces awesome location-based social-media campaigns. Chris has deployed SCVNGR for organizations like Coke, National Geographic, GameStop and the Boston Celtics. Prior to joining the SCVNGR team, Chris led sales, marketing and business development teams at juggernauts like Rightmedia Yahoo!, Informatica andsalesforce.com. As SVP of sales at Informatica, he saw the company through its NASDAQ initial public offering; later at salesforce.com he led the Eastern U.S. and Canadian sales teams through its NYSE IPO. During his tenure as VP of worldwide sales at RightMedia, the company was acquired by Yahoo! for $860 million. In addition to playing SCVNGR everywhere he goes, you can find Chris playing polo, cooking, or running with his 12-year-old Olympian daughter.

About SCVNGR
SCVNGR is a game. Playing is simple: Go places. Have fun and share with your friends. Check-in, snap pics, do the social check-in or try a challenge! Everywhere you go, you’ll earn points and start unlocking real-world rewards at over 12,000 locations. SCVNGR makes it easy to share where you are and what you’re up to with your friends on SCVNGR, Facebook and Twitter. SCVNGR is funded by Google Ventures and Highland Capital Partners.

Eric’s teaching and research focuses on the impact of information technology on supply chain management. Through grants from the National Institute of Standards and Technology, Department of Justice, the Department of Homeland Security, and the National Science Foundation, he is studying how information security and trust effect supply chain relationships. His recent book, Managing Information Risk and the Economics of Security (Springer 2009) examines how organizations can protect their information assets. He has testified before the US Congress on information security and collaboration and published many related articles in the Wall Street Journal, Financial Times, Sloan Management Review, Harvard Business Review, and CIO Magazine. He is particularly interested in the supply chain challenges faced by industries with short product life cycles such as computers, toys, and apparel. He was previously employed by Vanderbilt University, Hewlett-Packard Co., and Systems Modeling Corp. He has consulted for diverse companies such as Nokia, Hewlett-Packard, Accenture, Pepsi, DHL, The Parthenon Group, Lucent, Mattel, Campbell-Hausfeld, Fleetguard, and Kulic & Soffa. Eric holds an MS in industrial engineering and operations research from Penn State University, and a PhD in industrial engineering from Stanford University.