Join the Center for Digital Strategies, the Center for Business Government and Society, and Tuck Alumni Engagement on Monday, May 10, for a conversation with Karah Bhatia, Google’s Head of Global Public Policy and Government Relations. Karan will join Dean Matthew Slaughter in a wide-ranging conversation about the issues at the intersection of the digital economy, the global economy, and public policy. Karan will also share insights about his cross-sector career and lessons in leadership learned while serving as the Deputy U.S. Trade Representative, a role in which he oversaw U.S. international trade policy with respect to Asia and Africa, among his other senior public and private sector roles. 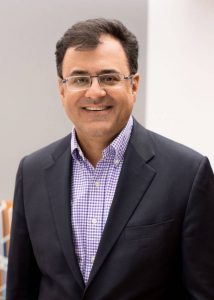 About Karan Bhatia: Karan Bhatia is the head of global policy and government relations at Google, where he advises Google’s leadership on policy issues and leads Google’s work with policy makers, government officials, and key political stakeholders in the United States and around the world. Before joining Google in 2018, Bhatia served as President of GE’s Government Affairs and Policy function, where he oversaw a team of more than 100 government affairs professionals in 35 countries. Bhatia also served in senior positions in the US government, including at the Departments of Commerce and Transportation, shaping US international economic policy. His last role was as Deputy U.S. Trade Representative, overseeing U.S. international trade policy with respect to Asia and Africa. Prior to his government service, he was a partner in the Washington, D.C., law firm Wilmer, Cutler, and Pickering, where he was a member of the firm’s international and corporate groups. Bhatia has written and spoken widely on international economic policy, taught at Georgetown University Law Center, and testified on many occasions before Congress. He is a member of the World Economic Forum’s Global Future Council on International Trade and Investment, and sits on the boards of a number of nonprofit and trade associations focused on international economic policy. Bhatia holds a bachelor’s degree from Princeton, a master’s from the London School of Economics, and a law degree from Columbia. He and his wife Sara have two sons.