Up in the Air: The Rise of Cloud Computing 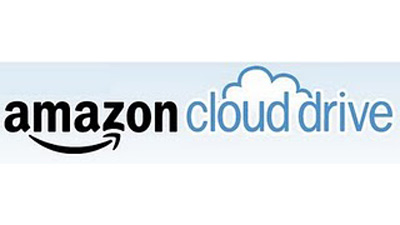 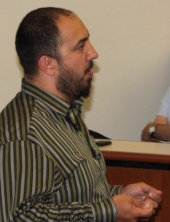 Peter DeSantis, VP, Amazon Web Services and General Manager, Amazon EC2
The Center for Digital Strategies was pleased to present Peter DeSantis. Peter visited as part of our Britt Technology Impact Series which this year is titled, “Ahead in the Cloud: The Impact of On-Demand Software, Storage and Services.” Drawing from his vast experience in cloud computing, Peter set the groundwork for our exploration into this new mode of computing. Cloud computing promises to free PC users from their desktops by creating powerful networks that beam files, photos, music and other data to any device anywhere. The transformation of storage and software into on-demand services can give consumers and workers as much power on the road as at home or in the office. For enterprises, the technology can reduce costs, increase productivity and offer instant scalability of IT resources to match demand. The benefits are sizable but keeping so much information at-the-ready in the cloud raises important questions about privacy, security and bandwidth.

DeSantis is general manager of Amazon EC2, the company’s elastic cloud computing business. He sees a future in which harnessing a far-flung computer network becomes as easy plugging in a household appliance. For enterprises, that kind of simplicity would bring big changes. “Today you have to think about infrastructure,” he said in a recent lecture as part of the Britt Technology Impact Series, which is focused on cloud computing this year. “You have to buy racks, provision bandwidth, rent data center space, hire people to write code, all sorts of different things. But you don’t do that for electricity, right?” The plug-and-play ease of the electrical grid – at least for the user – is crucial. “The vast, vast majority of the time, the toaster just works,” DeSantis said.
He believes enterprises spend too much time and money maintaining computer networks. These tasks draw attention from helping customers and innovating. “The Internet – this idea that everything is network-connected – makes it possible to turn these computing resources into a utility the same way we have a power grid that delivers power through an outlet,” DeSantis told a standing-room-only audience at the Tuck School of Business at Dartmouth.

DeSantis, who studied as an economist, is drawn to cloud computing in part for what it can enable. He noted that financial firms such as hedge funds are among the customers of Amazon’s elastic cloud, which expands and contracts to meet customer demand. “They can spin up large amounts to compute before the market opens and during the course of the day and then shut them off when they’re not using them at night.” The benefits of flexibility extend far beyond Wall Street. “Social gaming and social media companies are using it because they can scale up and scale down to meet the viral traffic that’s generated for their app,” he said.
Research firm Gartner found in a survey of 2,000 CIOs that nearly half expect to run most of their applications and technical operations in the cloud within five years.
This variability of cloud technology lets enterprises avoid having racks of servers sit idle when demand drops, DeSantis said. “It’s literally sitting there in the data center empty and so this is waste. And where there’s waste, there’s probably opportunity.” Amazon’s cloud division, Amazon Web Services, began in 2002. In the years since, cloud computing technology has been gaining broader acceptance in the marketplace. Ultimately, DeSantis expects clouds will underpin much of how enterprises and consumers interact with technology. “There’s no reason why everything that people do with the computer can’t ultimately be delivered as a service.”
The promise of cutting costs and avoiding homegrown IT headaches is compelling. So what stops more enterprises from adopting cloud technology? One holdup is over security.
An enterprise running its own network can maintain constant scrutiny over its systems. This deep involvement might bring reassurance but DeSantis warns against feeling falsely secure. He acknowledges there are risks with any system but contends that many enterprises are ill-equipped to fight threats that are growing ever more sophisticated. “You remove a bunch of threat factors by moving stuff in the cloud but we also introduce them,” he said. At the cloud level, however, it can be easier to marshal more resources for security. DeSantis predicts that continued improvements in cloud technology will further ease worries about safeguarding data. “As that innovation increases … I think we’re going to end up with a more secure computing environment.”
He likens many existing enterprise networks to an egg, with only one layer of protection. “It’s a hardened exterior with a mushy interior,” he said. “If you’re an attacker, and you get inside that data center, typically you can walk around and find all sorts of stuff.” DeSantis said Amazon’s use of so-called virtual private clouds is helping reassure some customers. An enterprise using this technology can cordon off its own section of a so-called public cloud, which is used by a variety of companies. The enterprise can then outfit its allotted space with additional layers of security. “We’ve done a lot of stuff so that it’s pretty easy for customers to put additional segregations inside their environment so if they do find that they’re compromised in some way that they can provide more blast-radius control.”
Consulting firm Accenture predicts that a mix of public clouds and private services will become the primary model that most enterprises use. Beyond security, there are worries about the reliability of cloud networks. In April, an outage among Amazon servers left thousands of Web sites inoperable. The problems knocked out some sites for more than two days. DeSantis said the company is learning from the disruption. “Internally, we’ve made some adjustments in terms of resourcing to make sure that we double down and fix those.” He said the experience has helped the company “think through other exposures that we have that might not be blatantly obvious.” “It’s not like … oh, I stub my toe on the bed but rather, you know, where else in my house I might have stubbed my toe?”
The outage was a rare event for Amazon and received widespread attention. The company has announced numerous changes following the problem. Gartner predicts that by 2015, eight in 10 enterprises that rely on cloud computing services will insist on independent certification that a provider can get operations and data up and running after a disruption. Amazon and other cloud providers will continue to address important concerns about security and reliability. Still, more enterprises will choose to access services from remote servers as doing so becomes more like plugging in a toaster. The simplicity will be too alluring to ignore, DeSantis predicts. “As much as I’m happy with what we built so far with AWS and EC2, customers are still doing way too much work for themselves.

Peter’s BIO
Peter has been with Amazon for 13 years. In this time, he has worked on more parts of Amazon’s software than he can easily recall. Some highs and lows (differentiating is left as an exercise for the reader) include working on no less than three major refactorings of our C++ codebase (TOCB, TOCB 2, and Brazil), doing some of the initial work on using pubsub from the website, creating the original SiteStat, helping to implement gift click (one of the few truly (and unfairly) deprecated features), and managing SPLAT/DSE for a year. Most recently, he has been the Amazon Web Services Compute Services teams including Amazon EC2, Amazon CloudWatch (and our other internal monitoring products), Amazon Virtual Private Cloud, and Amazon Elastic Map Reduce. Peter has been working on Amazon EC2 since early 2006 prior to the public launch of the service. Prior to Amazon, Peter spent 6 months at Netscape (working for the guy he ultimately followed to Amazon). He graduated from Dartmouth College in Hanover, New Hampshire, and he grew up in Orlando, Florida. Obviously, he will eventually seek work in San Diego, CA to complete his tour of the four corners of the continental US.

The Rise of Cloud Computing