Video on Demand: Personalization of TV 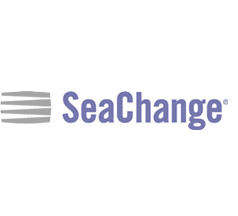 Yvette Kanouff, Chief Strategy Officer, SeaChange International, Inc.
Yvette Kanouff is Chief Strategy Officer for SeaChange International, Inc. (Nasdaq:SEAC), a role she has held since 2005 for the world’s leading provider of digital video systems for on-demand and other advanced forms of digital television that are changing media consumption on a global scale. Over the course of the last decade, Kanouff was responsible for the development and widespread deployment of the technological foundation for on-demand services from Comcast, Cox, Cablevision, Virgin Media, Rogers Cablesystems, Verizon, NTT, Liberty Media and other media giants. In total, these SeaChange on-demand customers impact tens of millions of TV homes, which each year consume more than a billion movies, TV programs and other content with personal convenience.

A number of TV industry organizations and trade journals have identified Kanouff as one of the industry’s most powerful female leaders. In 2005, she became the first female chairman of the global Society of Telecommunications Engineers (SCTE), a position she held for two years, after being re-elected in 2006. Broadcasting & Cable magazine, among others, has named her one of the 11 most influential women in the television industry. In November 2008, CableFAX magazine ranked her among the top 25 women in cable technology. Other accolades include the coveted Woman in Technology award from the SCTE and Women in Cable and Telecommunications (WICT).

Prior to joining SeaChange, Kanouff worked on Time Warner Cable’s Full Service Network, the world’s first digital interactive television project, and was on the team responsible for defining the seminal Pegasus video-on-demand requirements. Widely recognized for her experience in interactive services on managed networks, Kanouff has addressed industry groups and has authored numerous related papers, including the widely cited first business model to prove the return on investment for media companies investing to build on-demand services. She holds several patents on related digital technologies. Currently, Kanouff is an executive member of Women In Cable Telecommunications, a senior member of the SCTE and member of the Institute of Electrical and Electronics Engineers (IEEE). In 1995, she was named the IEEE Signal Processing Engineer of the Year. Kanouff earned her Masters of Science in mathematics from the University of Central Florida.