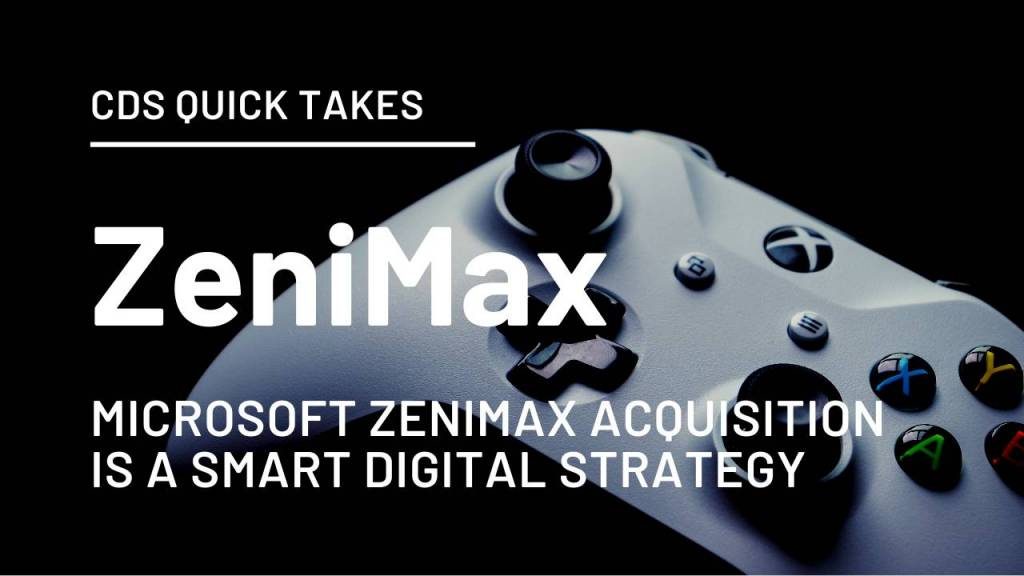 Microsoft’s acquisition of ZeniMax shows how far the company has come under CEO Satya Nadella in understanding the future of technology business models and ecosystem development. Nadella continues to push Microsoft to deepen existing ecosystems and aggressively deploy recurring revenue models. The ZeniMax buy is a great deal for the company and Xbox (and Game Pass) users alike.

Here’s why this deal is brilliant for Microsoft and, by extension, gamers around the world.

For years, Microsoft has benefited from the success of exclusive titles like Halo to boost console sales and retain loyal Xbox customers. But is that the path forward for gaming consoles? The ZeniMax deal confirms Microsoft understands the future is about content availability, cloud gaming, and recurring revenue bundles, much in the way Netflix transformed the movie and television markets. Owning game development studios and their deep existing content libraries (not to mention future titles), is an essential component of their strategy.

The ZeniMax deal gives Microsoft a fantastic catalogue with household gaming titles like Doom, Fallout, The Elder Scrolls, and Skyrim. These are titles to which loyal gamers have an intimate, emotional connection. Microsoft is betting these loyal fans will become loyal Game Pass customers, too. Adding these titles to the Xbox library pulls on the heartstrings in the same way Nintendo has so successfully ingrained itself into the hearts of gamers with its infinite reimaginings of the Super Mario Bros franchise.

Perhaps more importantly, Microsoft acquires the talent needed to develop incredible games that will form the next chapter of great Xbox (and Game Pass) content. It’s not an original move – consolidation in Hollywood is the roadmap. But gaming is perhaps a better fit for this model because of the (current) need for a console to play most leading titles. That will eventually change as cloud gaming becomes much more the norm, which is where Game Pass fits into this acquisition.

Game Pass is Microsoft’s monthly gaming subscription for PC, console, and Xbox. Ranging from $9.99 – $14.99 per month, it has (rightfully) been dubbed “The Netflix of Gaming.” As of September 21, 2020, Game Pass boasted a whopping 15 million active subscribers, up 50% from this past April. That subscription model is already working out really well for Microsoft. But as the world moves past consoles as cloud gaming slowly grows, Game Pass is an absolute must for Xbox. This savvy move by Satya Nadella and company doubles down on that model and demonstrates cloud gaming will make content ownership and exclusivity a key piece of the gaming value chain.

It might suffice to say we think this is a big win for Microsoft and the Xbox ecosystem, giving Game Pass a huge boost with amazing content which diversifies its gaming library and makes the product more valuable for users and Microsoft. It’s a recognition that, under Satya Nadella, Microsoft understands the future of business models in tech and how the gaming value chain will continue to transform.