Taxing the digital economy and its potential effects on countries, companies and consumers

Professor Robinson would like to give Tuck students the background to join in this important conversation.

On October 9, 2019 the OECD released a set of proposed rules that would force tech companies and other consumer facing businesses to pay more tax in countries where customers consume their products and services. The hope is that more than 100 countries will adopt the proposal since the alternative would be a free-for-all in which each country finds its own way of responding to digitization.

Decades ago, overseas sales and profit involved mostly physical goods. Digital services are less tied to a local presence, enabling tech companies to lower their tax bills by basing patents, licenses and trademarks—to which profits are attributed—in low-tax countries. An emerging and contentious corporate tax issue is whether the existing international tax framework should be updated to address the growing digitization of the global economy. If agreed the proposal announced would represent the biggest change in the international tax regime since it was agreed in the 1920s and fundamentally alter the balance of taxing rights between countries. The new rules also would give more taxing power to countries in which consumers are based, rather than where patents, licenses and brands are owned or where businesses have headquarters.

Proposed rules: Secretariat Proposal for a “Unified Approach” under Pillar One 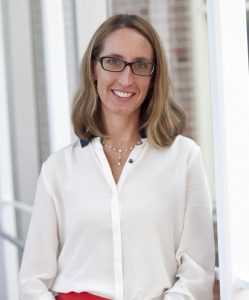 Leslie Robinson teaches financial accounting in the MBA and Business Bridge programs. Before joining the Tuck faculty in 2006, Leslie was an adjunct lecturer at the Kenan-Flagler Business School of the University of North Carolina where she earned her Ph.D. in Accounting. She is among Poets and Quants 40 best business school professors under the age of 40.

Her research interests include the interaction of tax and accounting policy, and her expertise centers on the tax and accounting issues associated with multinational operations. Leslie has published her work in leading academic journals including The Accounting Review, the Journal of Accounting and Economics, and the Journal of Accounting Research. Leslie receives grants by national and international policy organizations to fund ongoing research, which she is invited to present at conferences and business schools in the U.S. and abroad each year.

Before entering academia, she practiced as a CPA in the tax practice of Ernst & Young LLP and as a manager of tax planning for Wachovia Corporation from 1999 through 2002. The American Institute of CPAs named Leslie to the Candidate High Distinction Report in 1999 for being among the 100 highest scoring candidates nationally who took and passed all four sections of the CPA exam.