Rise of the Smart City 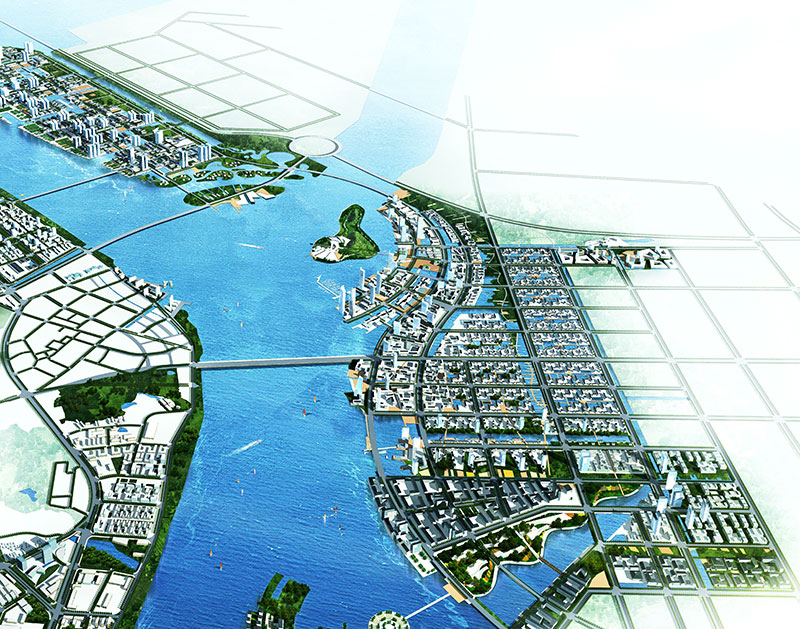 These days, big cities are attracting more and more people who want to get access to better jobs and living conditions, and those cities generate almost 70 percent of the global GDP today. According to the United Nation, 54 percent of the world’s population live in cities today. The figure was 30 percent in 1950, and by 2050, two-thirds of the world’s population are estimated to reside in urban areas. As urbanization accelerates, cities are facing a wide range of challenges, including increasing pollution and crimes, overloaded infrastructure, and lack of resources such as water and energy.
The concept of smart cities has been suggested to address those issues and achieve sustainable growth. Frost & Sullivan, a consulting firm, defines a smart city as an enabling platform to help people manage the interactions between people and infrastructure in the city and assist the city government to make informed decisions through the intelligent usage of technology. Today, many progressive cities have announced plans for transforming their cities into smarter ones, using Information and Communication Technology (ICT). In general, smart cities consist of various components, integrated with ICT, that include Smart Energy, Environment, Infrastructure, Transportation, Building, Governance, Healthcare, Education, Technology, and Human Capital.

However, there are lots of challenges to build a smart city. The first one is the challenge of collaboration. To ensure the successful development of smart cities, government organizations should work together and align with the common objective of developing a smart city. But those organizations are often siloed and tend to pursue their own interests. In addition, the lack of global standards for smart cities can cause a problem. For instance, we can still see difference in electricity standards such as 110V and 220V, in measuring metrics such as meters and feet, and in traffic systems such as those of UK and USA. This requires collaboration not only among the organizations within one city, but also among cities around the world. Another obstacle is costs and funding. Retrofitting an existing city is very expensive and can take a significantly long time, particularly if it is a historic city. Moreover, as Anna Lisa Boni, secretary general of Eurocities, said, “Finding ways to fund smart city projects can be a huge challenge.” Lastly, the myopia of politicians can vastly impair the vision of smart city. Given short-term election cycles, they may focus more on quick wins rather than on long-term benefits that a smart city can provide.

The digitization and urbanization trends drive cities to become smarter and more sustainable. However, before blindly pursuing the fantasy of smart city, we may need to pause and think first to effectively overcome the hurdles of transition to the smart city.
Have you been to any city and seen some of these “smarts” at work? Please share what the experience was like for you in the comments below.
References
1. World Urbanization Prospects (United Nations, 2014)
2. Urban Threats (National Geographic)
3. Is the Smart City a Real Solution to Urban Problems? (XL Catlin)
4. Moving Beyond Smart City – The Frost Vision of a Smart Society (Frost & Sullivan, 2015)
5. Smart Cities – A $1.5 Trillion Market Opportunity (Forbes, 2014)
6. The smart-city solution (McKinsey & Company, 2012)
7. The biggest challenges to develop a successful Smart City project
This is a guest blog posted by our former intern, Joon Lee T’15.