The Center for Entrepreneurship and the Center for Digital Strategies are pleased to welcome serial entrepreneur and Tamr Co-founder and CEO, Andy Palmer T’94 for a special session of ETHNK class. Interested students please sign up here.

NOTE: This session only open to Tuck students. 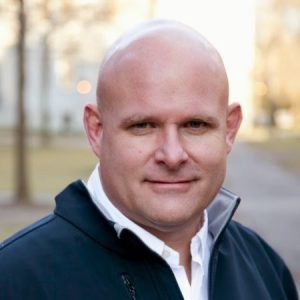 Andy Palmer is a serial entrepreneur who specializes in accelerating the foundation and growth of early-stage, mission-driven companies.  During his career as an entrepreneur, Andy has served as founding investor, BOD member or advisor to more than 50 start-up companies. Most recently, Andy founded Koa Lab, a start-up club in the heart of Harvard Square, Cambridge, MA; and co-founded Tamr, with legendary database scientist and MIT professor Michael Stonebraker. Andy was named 2013 Angel of the Year by the New England Venture Capital Association.

Previously, Andy was co-founder and founding CEO of Vertica Systems (acquired by HP), a pioneering Big Data analytics company. Before that, he was a member of the core startup team and the CIO at Infinity Pharmaceuticals  (NASDAQ: INFI). He has also held positions at innovative companies including Novartis, Bowstreet, pcOrder.com, and Trilogy.

Andy has a particular interest in projects at the intersection of computer science and the life sciences/healthcare, and a specific passion for cancer drug discovery and development.

Andy earned his MBA from the Amos Tuck School of Business at Dartmouth College in 1994 and his undergraduate degrees in English and history (with a computer science minor) from Bowdoin College in 1988.  He currently serves as a Research Affiliate @ the Computer Science and Artificial Intelligence Lab at MIT.