The Center for Digital Strategies is pleased to partner with the Center for Business, Government, and Society in welcoming Alibaba’s former Managing Director & Head of Policy, Malcom Lee, for a conversation about US-China relations following a career in both public and private sector roles focused on improving relations between the two countries. 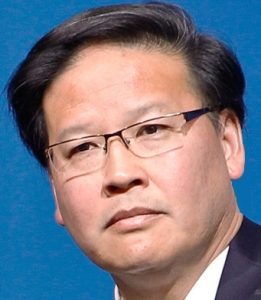 Malcolm Lee has served in senior economic, trade, investment, and information policy and IP positions in the Clinton and Obama Administrations (NEC, NSC, State, Commerce, OMB) and led Microsoft’s international and China policy and strategy in Redmond and Beijing.  Most recently, Malcolm was Managing Director & Head of Policy for Alibaba Group, representing the company in international markets.