In 2016 we introduced a new blog series, TechBytes, where we review significant stories impacting digital strategies each week. As we close out the year, we thought it would be fun to look at several stories and themes from the year that stood out as having out-sized impact on digital strategies. Below are five big trends, technologies and story lines that shaped 2016 and will shape digital strategies in meaningful ways in the near future.

InfoSec was THE biggest story of the year. From the hacking of Yahoo (twice) compromising 1.5 Billion accounts to the DDoS attack of Dyn via an army of IoT devices, to the LinkedIn hack that left so many user credentials vulnerable. Even Facebook CEO, Mark Zuckerberg, was the victim of hacking this year. So many celebrities and executives were hacked this year, Fortune compiled a partial list of hacked executives and celebrities just from the first half of the year.

Digital Strategies Implications: The rise of professional hacking presents a growing challenge to companies looking to keep company and customer data protected. In particular, companies should evaluate what customer data they are keeping and how vulnerable it is to various threats, from external phishing and hacking to rogue employees. Expect the role of the Chief Information Security Officer (CISO) to become a more prominent player at many organizations (while also receiving a significant increase in pressure on the role and criticism for failure to protect data and infrastructure). To learn about our Business Engagement and the Information Security Professional program to build critical business skills among your InfoSec team.

When looking back years from now, 2016 will likely be seen as the turning point for automated mobility and self-driving cars. This year witnessed many firsts for self-driving vehicles, including Google’s cars crossing the two million miles driven threshold, Tesla’s autopilot leading to a horrific crash and death of its driver, Uber launching self-driving car service, and Otto delivering its first freight without a driver in control.

Digital Strategies Implications: Self-driving vehicles will impact so many companies in so many ways, it’s hard to fully capture in a year-end article. Two big, imminent impacts are:

Similar to self-driving cars, VR/AR took a huge leap forward this year, with mass market launch of several products and the related content development needed to make these platforms viable with consumers. In the AR space, Pokémon Go quickly captured the attention of over 500 million users in its first year. On the VR side, several big name companies released hardware, including Google, HTC, Microsoft, and Samsung. Along with the hardware, content is joining the VR fray, with Netflix enabling the big screen experience of its content via Oculus, Samsung Gear VR and even Google Cardboard. 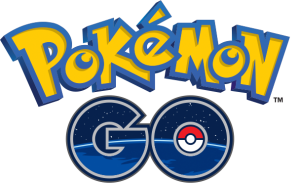 Digital Strategies Implications: The applications for VR beyond entertainment are significant. There are examples of organizations using VR in training employees for high risk scenarios, like military combat or oil and gas plant work. VR is helping to change the product development process by modeling in virtual worlds before building physical goods. Clearly the content and education applications are endless and we expect all of these use cases and more to become a more regular use of the technology in the future. Companies would be wise to hire and develop talent capable of developing virtual reality applications and content in 2017.

#4 The Rise of Live Video

Facebook Live rolled out to the general public in January and has rapidly proved to make a big impact. Live streams of police confrontations and shootings were front page news form much of the year, but the platform also made huge strides in the marketing world, where live streaming content that allows brands to directly engage with customers provides a significant opportunity.

Digital Strategies Implications: If content is king and video content is the most deeply engaging form of content, then live streaming video is the holy grail for content marketers and brands. Wise leaders are looking at use cases and content marketing opportunities using live video feeds. The only caveat is that live video is a bit of a risk in an era that already carries many risks for brands. When things go wrong and you’re live, there’s no chance of editing out mistakes and faux pas. Be warned!

#5 Fake News Takes Down a Huge Brand: In politics, the Clintons are as big a brand as it gets. This year fake news stories shared on social media played a contributing role in the election loss of Hillary Clinton. How big a role we’ll likely never know, but it’s clear now that the impact was more than trivial. And it’s remarkable how little the Clinton campaign and digital platforms were able to do to stop news reports that were both entirely made up and wildly viral.

Digital Strategies Implications: The negative impact that fake news had on Hillary Clinton’s campaign should be warning to companies worried about their brands (so, every company). While fake news was largely confined to the Presidential race, it poses similar risks to companies. If it can take down an operation skilled at countering news media and PR operations, imagine what it could do to your brand should it find opportunity in the new year. Fake news is not just a political or social media problem – it’s a branding problem at its core – and digital marketing teams would be wise to develop strategies to combat fake news directed at their organizations.

We’d like to thank one of our content partners, CXOTalk.com, for bringing our TechBytes readers great video content across the year. If you haven’t visited their website, we recommend you make time for their videos in the new year.

We’ll be taking a brief hiatus to celebrate the holidays, and then will be back in 2017 with fresh insights and trends.  Thank You for being one of our first readers of TechBytes; share with your coworkers and friends- there is more to come!