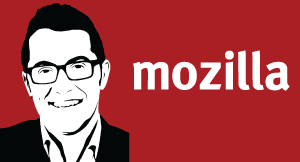 Facebook’s Quest to Connect Africa Turned Back By SpaceX Explosion – Facebook’s mission has always been one of connection, which is why today’s SpaceX explosion was particularly difficult for the company. The rocket that exploded during launch at Cape Canaveral, Florida today was carrying a satellite that was to be used by Facebook to connect millions of people in sub-Saharan Africa to the internet. The ambitious plan is both noble and smart for the social network, with 84 million users already in the region which suffers from lackluster internet connectivity due to the vastness, terrain, and lack of existing digital infrastructure. Facebook executive and Tuck alum, Chris Weasler T’97 spoke about Internet.org and the company’s future endeavors to connect the world when he visited campus in April of 2015 as part of a Britt Technology Impact Series panel discussion on infrastructure and Hyperconnectivity.
Read More: The First Satellite in Facebook’s Plan for Global Internet Access Just Exploded
Read More: That SpaceX Explosion Blew Up One of Facebook’s Most Ambitious Projects
Read More: Here’s What We Know About the SpaceX Explosion

Apple to Improve User Experience of App Store – Apple has long-avoided a problem with its App Store: dead and useless apps. Many apps don’t launch or are no longer supported, but until now the company has left the developers to manage apps. Starting next week the company will begin reviewing and removing apps that are not up to snuff. The effort is in response to overwhelming feedback from users and developers alike that it can be hard to soft through the clutter of the App Store. With its focus on users in hardware and operating system development, the App Store issues have been a sore spot for Apple users for a long time. The changes should enable a better user experience and increased downloads of apps, improving monetization for developers and Apple alike.
Read More: App Store Improvements
Read More: Apple Will Start Removing Abandoned Apps from the App Store this Month
Read More: Apple is going to remove abandoned apps from the App Store

YouTube Raising the Ire of Its Stars Over Censorship, Monetization – YouTube has changed the way it approves and notifies video posters about eligibility for advertising, limiting violence, vulgar language, drug use, sexual content and most importantly, political speech that could be considered sensitive or offensive. For one of its oldest and biggest stars, vlogger Philip DeFranco, that means he is now unable to monetize his channel of 4.5 million viewers due to what YouTube considers sensitive speech. The question of whether this constitutes as censorship or simply an attempt to maintain their own brand and relationships with advertisers across the platform (and Alphabet)? Should the company even care? It’s clear they could restrict videos altogether and have chosen not to do so, but where should they draw the line? For now it seems they draw it at monetization of offensive and controversial content, making plenty of YouTube stars are unhappy.
Read More: Advertiser-Friendly Content Guidelines
Read More: YouTube Stars Are Blowing Up Over Not Getting Paid (Updates)
Read More: Why is YouTube Being Accused of Censoring Vloggers?
Read More: Here’s the Deal with the #YouTubeIsOverParty Drama
Read More: YouTube’s “Ad-friendly” Content Policy May Push One of Its Biggest Stars Off the Website

Apple Caught Between the EU, Ireland and the United States in Tax Dispute – Apple is at the center of a tax break battle in Ireland due to the European Union ruling that, despite an agreement between the company and Ireland to receive tax breaks, it still had to pay taxes to Ireland. It’s a weird ruling to say the least (not to mention confusing) and flies in the face of Irish sovereignty, according to the leaders of the tiny country who has lured many tech companies with tax breaks. The United States is caught in the middle and finds itself hoping the mess forces Apple to move investments back across the Atlantic to not only spur job growth, but also get its hands on a share of the highly profitable company’s billions. Whether the tax ruling from the EU is about taxes or ongoing privacy and anti-competitive battles between the company and the EU is hard to say, but in the end the dispute is likely going to end up being worse for the EU than for Apple.
Read More: Apple Tax: Irish Cabinet to Appeal Against EU Ruling
Read More: EU Ruling on Apple’s Irish Tax is ‘Total Political crap’: CEO
Read More: Apple Boss Expects to Repatriate Billions to the US Next Year
Read More: Ireland Doesn’t Want $14.5 Billion in Tax from Apple

Featured CXOTalk Video of the Week: Episode 137: Jascha Kaykas-Wolff, CMO, Mozilla: Empowering Community at Mozilla and Firefox
Everyone knows about the Firefox browser, but fewer are aware of its creator, the Mozilla Foundation. In this episode of CXOTalk, we speak with Mozilla’s Chief Marketing Officer, Jascha Kaykas-Wolff, about agile marketing, open source, and the empowered consumer. This is an important conversation for everyone who wants to learn about nurturing a community of engaged participants.