Fighting for Airtime and Prospering in an App-First World 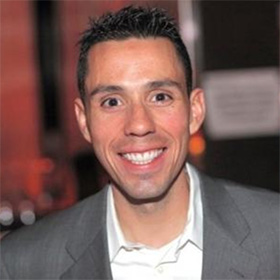 This was a closed discussion for the members of the Tuck Career Development Office’s annual Silicon Valley Bootcamp.

When Pandora Media launched in 2000, its goal was to, “Play only music you’ll love,” via its Music Genome Project work. At the time, the Internet was relatively new but rapidly expanding and provided the perfect opportunity for Pandora to reach users and change the way they discovered and experienced music. When the world changed again in 2007 with the launch of the iPhone, Pandora was able to adapt and thrive in the new app economy and alter how users discover and experience new music. As the mobile economy continues to expand with diverse devices and even connected cars, Pandora has embraced an application-first business model and continued to set the bar for music discovery and experience.

This discussion with Dominic Paschel, Vice President, Corporate Finance and Investor Relations at Pandora Media, sought to answer the following questions and more:

From 2007 to 2011, Dominic oversaw global corporate strategy and communications for SuccessFactors (NYSE: SFSF), the leading cloud computing provider of business execution software. He joined SuccessFactors to lead its 2007 $124M IPO — initially valuing the company at $775M — its 2008 $104M follow-on offering and its 2009 $215M follow-on offering raising over $440M in gross proceeds to further fuel the company’s high growth and M&A opportunities.

SuccessFactors was named one of Forbes’ “Best Stocks to Watch in 2010,” Fortune’s “Tech Stock Trends to Watch for Next 10 Years’s, as well as “The Future of Business Software” by InformationWeek in 2009. SuccessFactors was acquired by SAP (NYSE:SAP) for $3.4B on December, 3rd, 2011.

Prior to SuccessFactors, Dominic held two roles at salesforce.com (NYSE: CRM). Joining shortly after salesforce.com’s successful 2004 IPO as the first pure-play Software-as-a-Service (SaaS) company to be traded in the public markets, Dominic represented the founders and senior executives to Wall Street analysts and investors. Working to expand Wall Street’s initial awareness of the cloud computing space, Dominic oversaw the development of salesforce.com’s initial sell-side research coverage and foundational institutional shareholder base as the company gained notoriety from Silicon Valley to Wall Street.

At salesforce.com, Dominic also headed up its financial services product strategy with Wall Street and the venture capital community.

Dominic is a graduate of the University of Notre Dame with a BBA in Finance & Business Economics and a concentration in Government & International Relations.