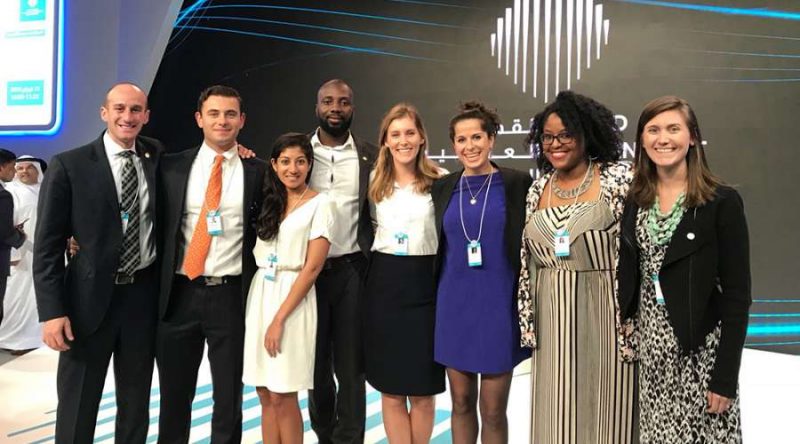 Last January I had the honor of representing Dartmouth’s Tuck School of Business at The World Government Summit, a three-day conference hosted in Dubai by the government of the United Arab Emirates (UAE). The Summit, which brought together political leaders and digital gurus sought to drive meaningful conversations around how innovation and partnership can create solutions to some of our world’s most pressing issues. As someone who worked on a presidential political campaign as well as for a multinational media technology company, I viewed participating in this Summit as the consummate intersection of two sectors about which I am deeply passionate: government and digital strategies. For quite some time now I have believed that the nexus of these sectors offers the greatest potential for positive scalable change.

During the Summit I learned how the government of Dubai – one of the seven constituent monarchies of the UAE – was investing in game-changing technologies that would diversify local oil dependencies, improve human rights, and drive smart global communication. I learned how access to digital platforms and the use of cryptocurrencies can be democratizing for some, while simultaneously disenfranchising for others. What some speakers lauded as utopian efforts, others identified as more dystopian given their acceleration of increasingly growing wealth gaps. I flew back to Hanover with a head full of ideas, new professional contacts, and a commitment to bring more Tuckies back this coming year so they could enjoy the same wonderful experience I had.

That said, at no time during my trip did I pause to think about where these conversations were coming from or who was driving them — even though this Summit was hosted by the local government, I hadn’t thought to inquire how this entity was crafting or shaping the conversation. For example, how did the Government of Dubai, under the executive authority of Mohammed bin Rashid Al Maktoum decide to invest in certain digital efforts versus others and how were various government attendees thinking about creating digital policies? Further, how do different forms of government lead to different conversations/opportunities and how they are implemented? 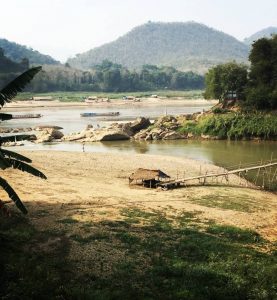 A very different view of infrastructure in Laos during a Global Insight Exchange (GIX) trip, March 2018

These questions crystalized three weeks later when I traveled back through Dubai to Singapore and subsequently Laos for my Global Insight Expedition (GIX) class. During this trip I came to glimpse how two vastly different types of governments, one a highly-involved sovereign republic and the other a military-led communist state, created different types and varying access to digital opportunities. While it would be irresponsible to claim that specific types of governments inherently support certain industries, or even that any one government structure is particularly beneficial for digital, I noticed that in the cases of Singapore and Laos, digital opportunities fundamentally germinated from different sectors, and the level of government support was significantly different. Now whether this is causality or correlation I am not positive, but as an American who grew up with unwavering access to the digital world, this realization made me question whether a country’s underlying structure has serious ramifications on the digital opportunities in that country.

Before sharing what I noticed, I would first like to acknowledge that this question may come off as privileged and naïve. That said, prior to this trip I had never thought about nor heard anyone discuss the implications of government on the digital landscape. Perhaps that is because I was fortunate to grow up with consistent access to digital opportunities, a privilege I heartily acknowledge and appreciate.

In conclusion, this past year has really made me reevaluate the dynamic relationship between governments and digital strategies. I now consider digital infrastructure as a key tenet of infrastructure and believe that governmental support broadening access to the internet is needed to level the playing field in many developing countries. Secondly, I have seen how various governmental structures can optimize for various elements such as immediate implementation. Lastly, I now consider trust in one’s government as crucial for securing investments and therefore digital opportunity. I’m excited to see how this year’s travels will continue to shape my thinking.